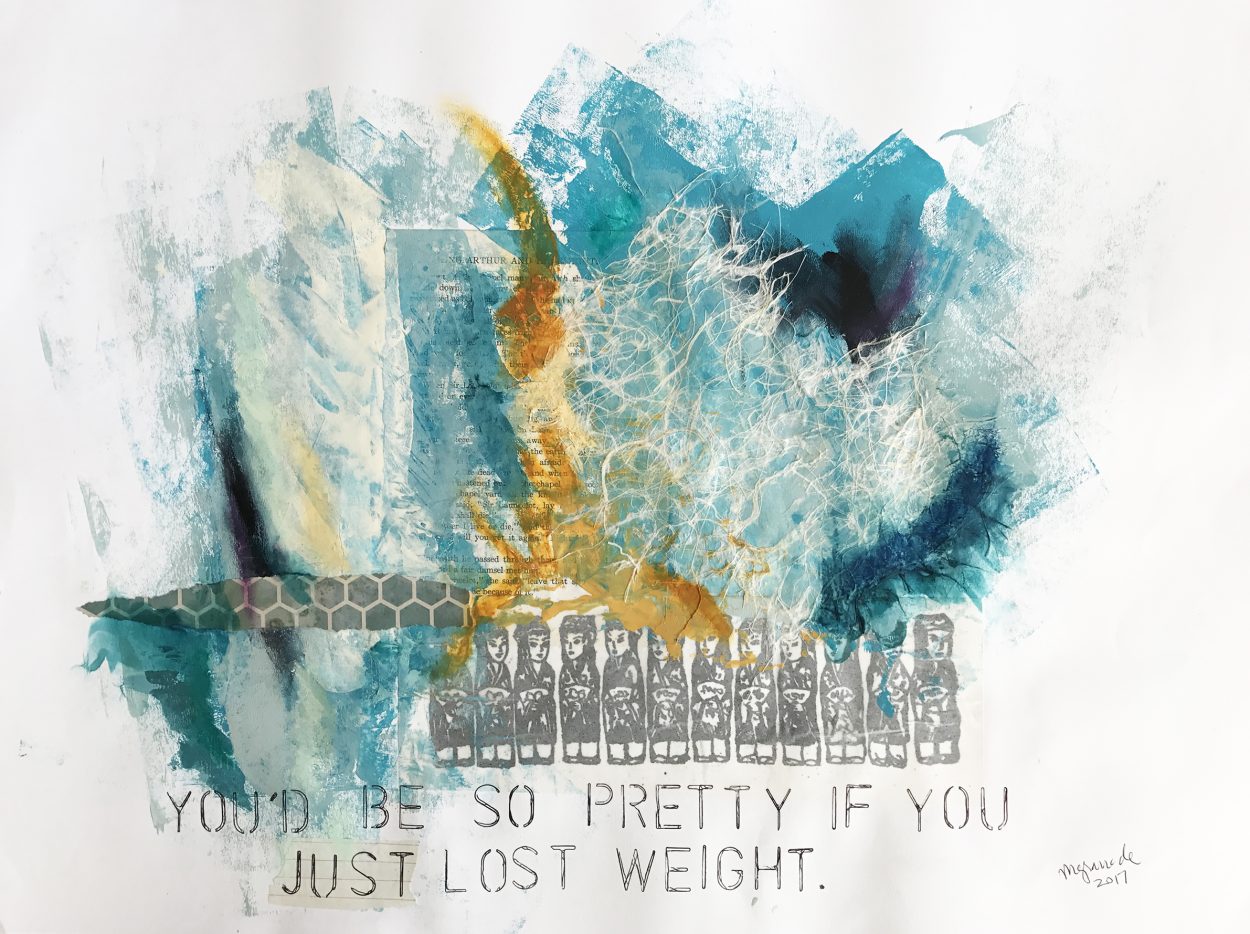 When I started talking with the gallery manager at Lowe Mill last fall about my show, I originally thought I’d do more canvas works in my Modern Icon series since that’s what I had submitted in my proposal originally. But then I asked a question on Facebook on January 5th. I was chasing a tangent that my husband and I had been discussing and wanted to see if anyone I knew would weigh in. Here’s what I posted:

Woman friends, I’m doing a bit if crowd sourcing this morning. I’m looking for comments and phases that you have overheard or that have been said to you that were discriminatory or micro-aggressions because you are a female.

For example, someone once said to me as I actively had my hands inside a computer installing a new hard drive, “YOU work in computers?!?”

I’m working on a project and am looking for similarities to my experiences and interesting phrases so be aware I may use your words in my project but you won’t be identified.

I thought maybe one or two friends might tell me a “this happened to me once” story. Instead it generated a solid two days worth of real time conversation with my circle of women friends sharing their experiences of sexism and misogyny. Notice I didn’t use those words at all in the original question. But the stories I got back were unquestionably sexism and misogyny. Story after story of men or society as a whole speaking to women in ways that demean, objectify, or reduce them even to the point of violence. It was a lot to digest. I was both amazed at the strength of the women who shared their stories and horrified that it is so prevalent. More than once I was reduced to sobbing as I read my friend’s experiences that they so courageously shared.

After a couple of days just feeling raw and sad and stuck, I realized as I read through the posts again that indeed there were phrases that kept coming up over and over again. I has a sense of something universal in my original question but had no idea how true it would actually turn out to be. I started a list. I wrote my list on individual cards. I started arranging them. A kind of conversation emerged as I arranged and rearranged my cards. Here are the cards in their final arrangement. Eighteen panels to correspond to our society’s age designation for maturity.

After I worked this part out I hit another wall. I knew what I wanted them to say but no idea how they would look. I started working on some test pieces.

These are 18×24″ and way too big to realistically have 18 of those. So I shaved it down to half that size: 12×18″. I currently have 8 almost finished or finished. I started out working in order but after I got them all up on my wall so I could see them all together I started jumping around working on them as they spoke to me.

Here are a few that are either finished or really close: 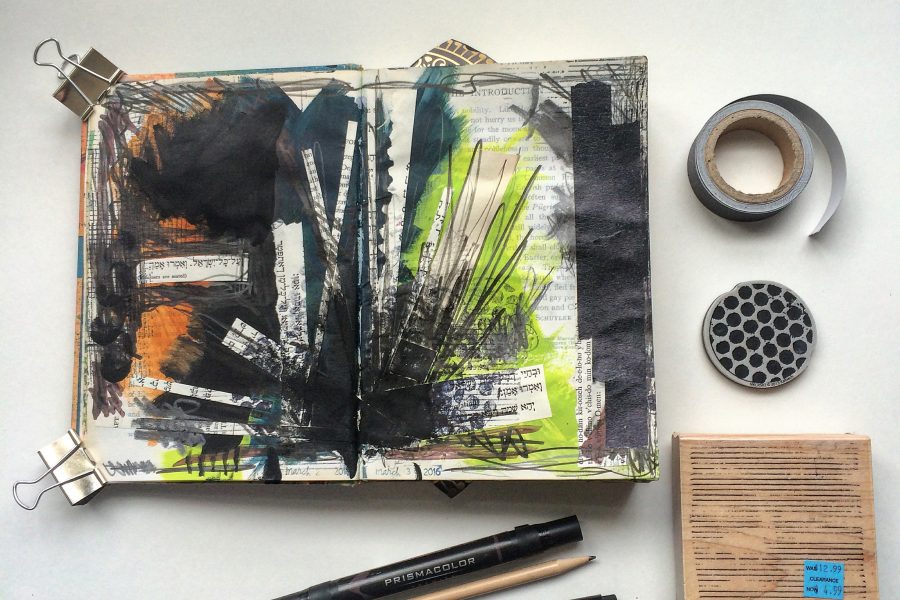 What am I afraid of? 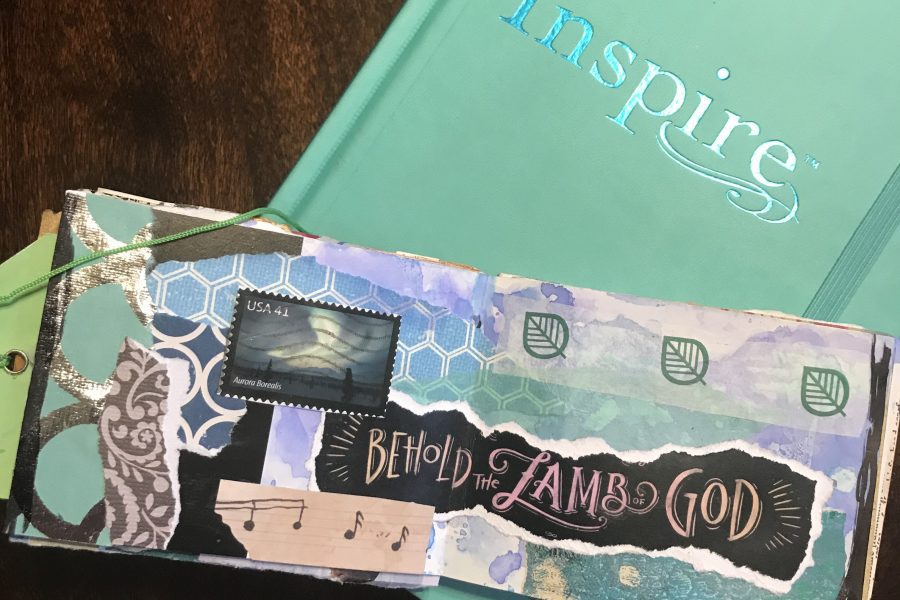 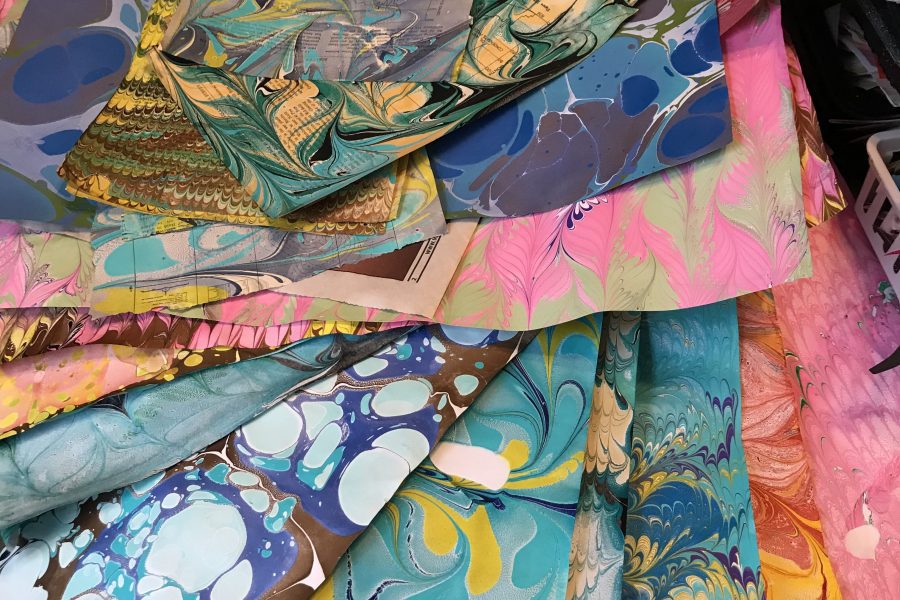