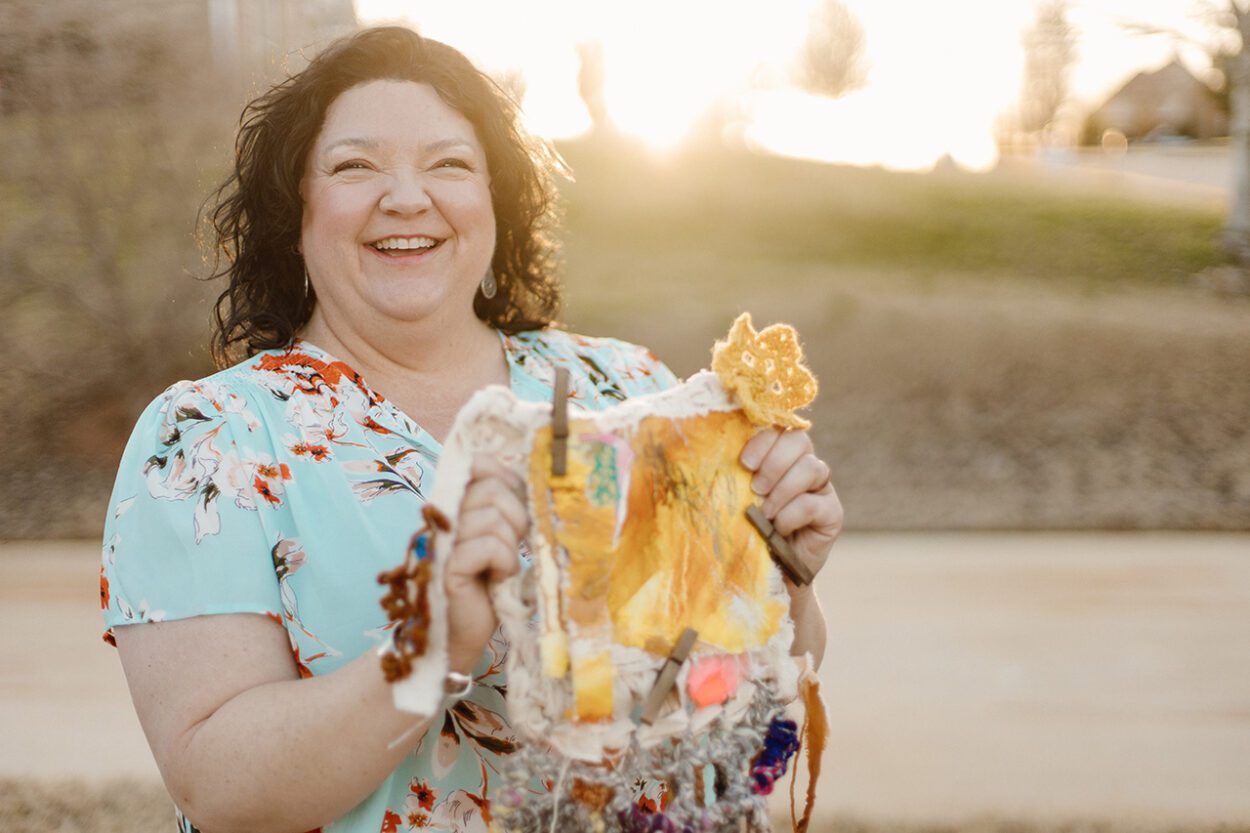 My week as an artist had a lot of twists and turns as I contemplated finished a project and how I should start a new one. Come along for the ride.

I’ve been kicking around this question for a while this year but most specifically this week. Am I done with this project? At the beginning of the year I participated in a three-month mentorship. My mentor pushed me to try some new and exciting things. I loved exploring canvas by means of crochet. But I think somewhere this year in the midst of all of the stuff I had going on I just…lost the thread of it. (Pun only sorta intended there.) My week as an artist…took some turns.

The pieces have been hanging on my studio wall for long enough now that they feel stale and demotivating. I need them up and out and lodging some place else. They are mostly unnamed and if they are not finished then they are most certainly at the limit of what I can tolerate. By continuing to hang there, they have become a block to my creativity.

I have a show brewing for early 2023. I’d like these pieces to be a part of that body as well as a few others I have in mind but I need these gone before I can see what else will happen. I guess that means this project is done.

I’ve spent a lot of time this year second guessing myself. Am I cut out for this? Is what I make worth anything? Why am I still doing this? If no one buys anything, am I still an artist? I’ve shifted the art I make towards more fiber so I’ve lost some of my Instagram audience and that feels like starting over in a big way. And that loss only exacerbates these other issues. It all just spins around and around and around in my head to the point I feel like screaming. And these pieces from months ago are still staring at me from the wall of my studio.

This feels like a different kind of slump than the ones I’ve had before. I’ve had periods where I didn’t make and was a bit paralyzed by the length of time that transpired before I started making again. I’ve been making during this time. I filmed a class and did a bunch of work for that. I’ve worked on various weavings and bookmaking projects. I’ve continued to work in my art journals. I have written so much for this blog! But even with all of that, it feels like something is missing. And I know deep it my heart part of the problem is that I haven’t taken these pieces down from March and April.

So I wrote what’s above in the first part of the week and then decided to go clean out my studio. It was glorious. I took the pieces down and stored them. Then I put clean paper on my work table. I moved some things around and made some room. Of course I took a short video and posted it on IG because no clean studio should go unremarked.

And then this morning, I realized what I needed to do next. It landed in my brain inbox fully formed. I think from that next step I can maybe figure out the other idea that I’ve been thinking on for months. Maybe.

And then this happened

This week has sure enough been a roller coaster. Today is my birthday, so my gift to myself is to sit down in my cleaned up space and brainstorm. I’ve been kicking around an idea and wanted to start fleshing it out because I felt pulled in a couple of different directions. So I made a mind map, which is what I often do for these things. I pulled a list of materials together and put them in a folder on my computer.

I also cut some canvas off my giant roll and threw it in the wash. In order to crochet the canvas, it has to be softened a bit so a wash is just the thing. After the wash and dry, I have to tear into strips in order to crochet it. I crocheted two and have started contemplating dye colors. I’ve ended up framing out three ideas so I’m very interested in how they play out.

One of the things I’ve struggled with is turning my evening hobby of crochet into part of my art tool kit. I can’t explain how hard it is to recategorize crochet which I’ve used as an escape from my time in the studio into work I do FOR the studio. This inability to recategorize it in my brain creates a lot of resistance and often feels like I should be doing something else when I’m crocheting for a project. Even as I love this new way of expressing myself it still feels uncomfortable and maybe a bit dishonest. I’ve been playing with paint and paper since I was old enough to hold them but yarn is a relatively new medium for me since I’ve only been crocheting since 2010. I mean its only been 12 years how good could I actually be???!!? <eye roll emoji, crying laughing emoji>

I’m not sure what to do with this struggle except keep going. I have a feeling it will play out but right now as I’m still at this beginning, it’s weird and awkward. And I suppose this is where I should end this chapter of my week as an artist. At least for the moment. Because we all so often live at the intersection of weird and awkward in our work. It’s these slightly uncomfortable places that the magic can sneak in. I got a taste of it this week. 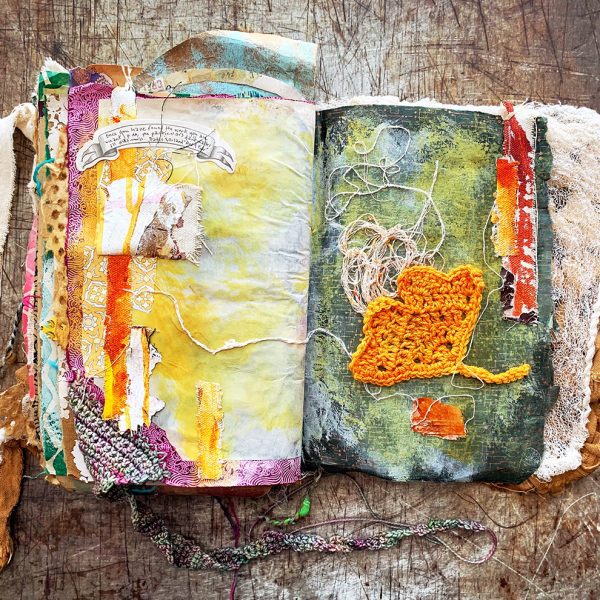 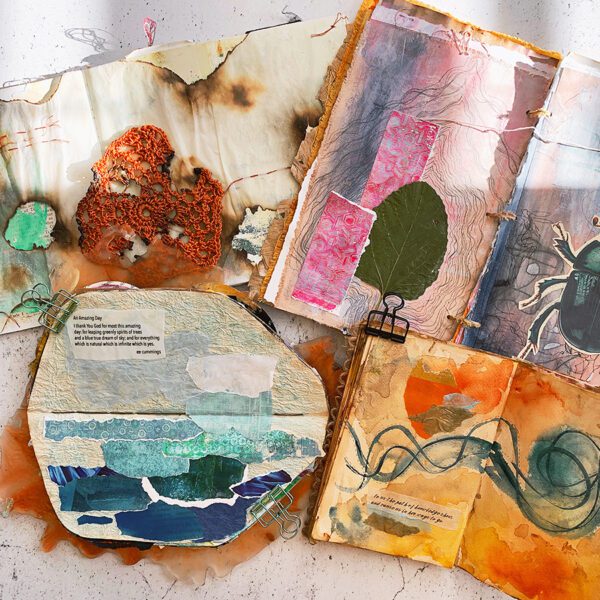 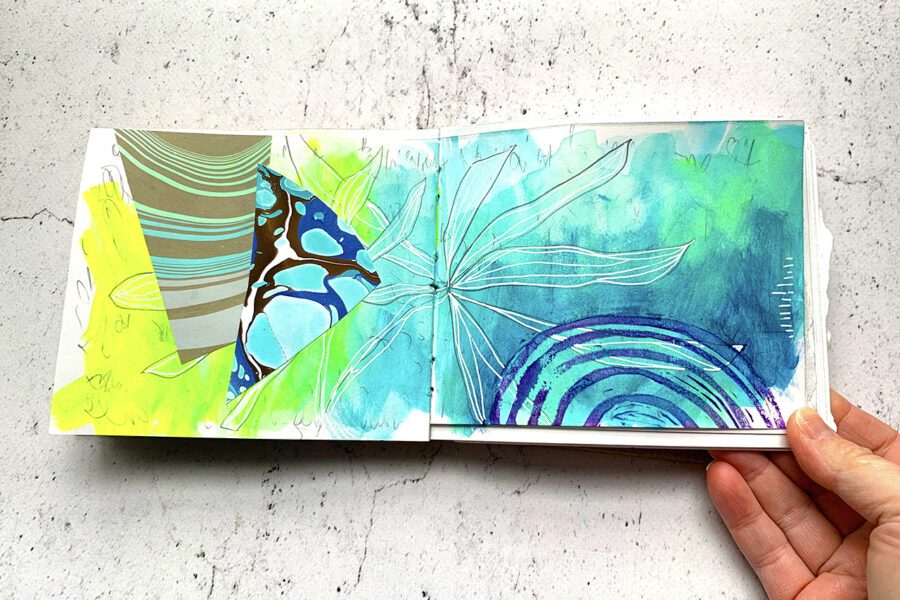 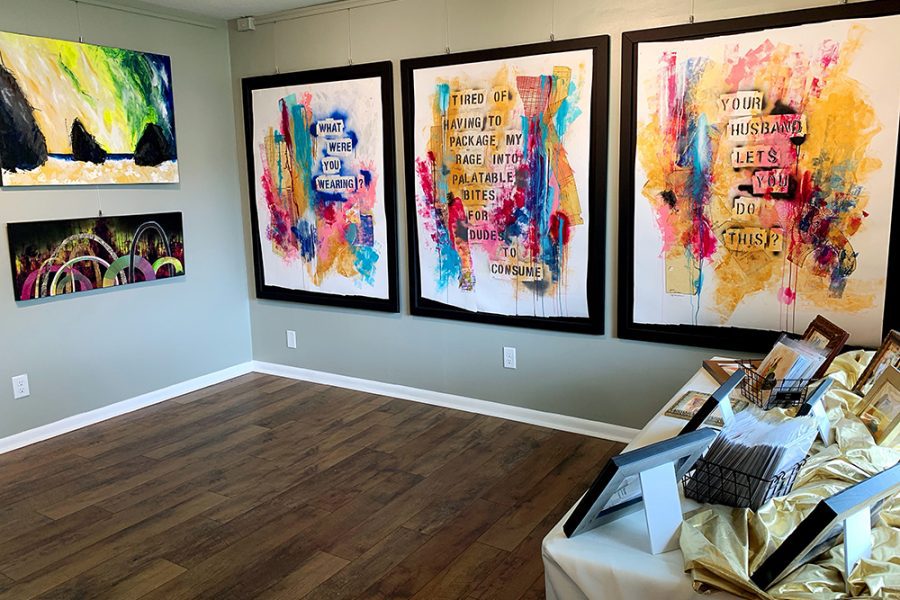 Art AV Club and what it does for me 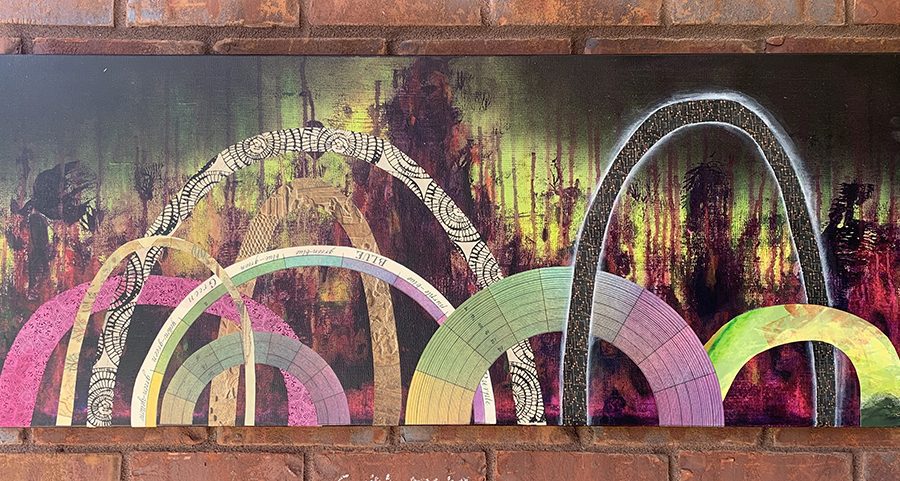 Examining what you make