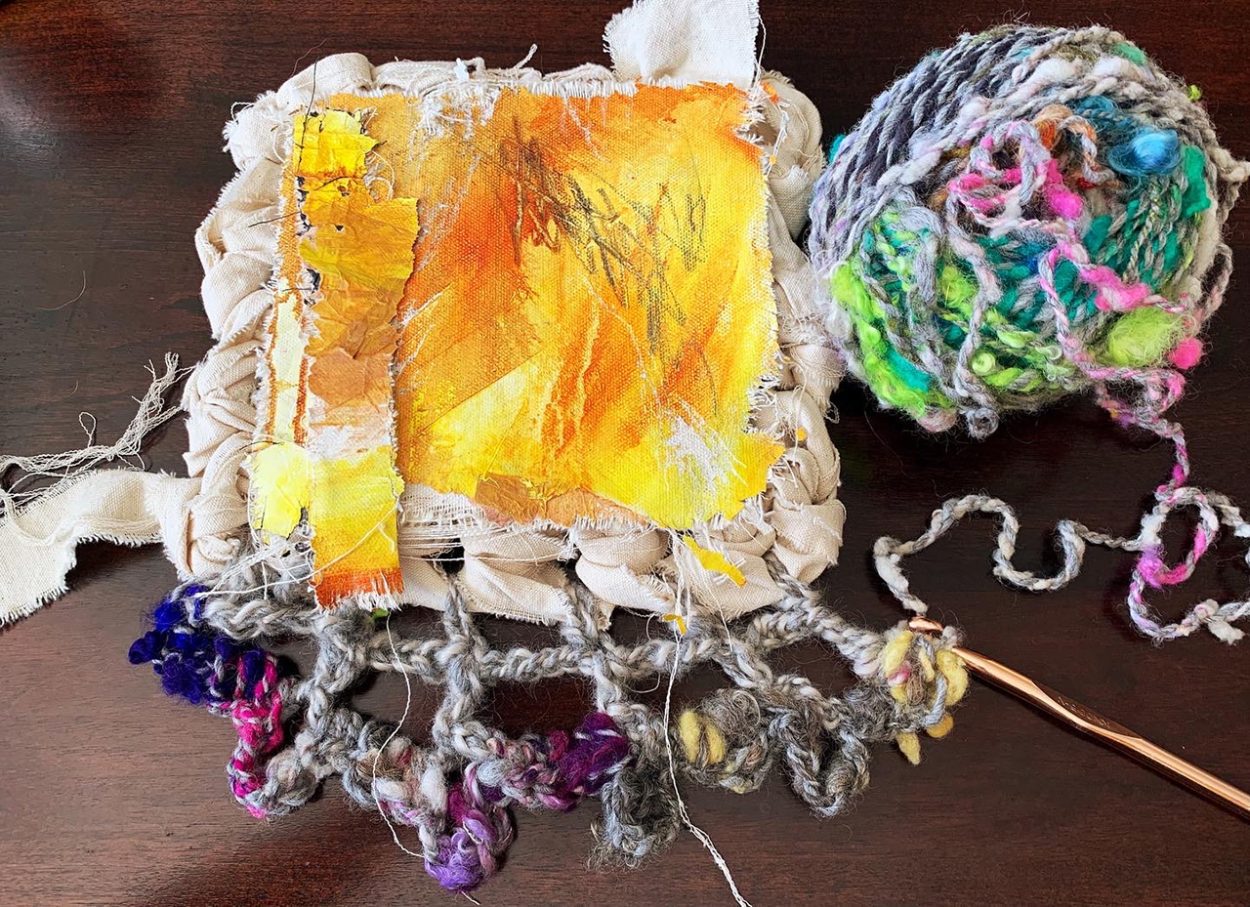 I’m right in the middle a 3-month art mentorship program and I wanted to write down the big shifts I’ve been making.

There are moments in our lives when we can say definitively that there was a before and after. Some of those events are communal, when we all remember the events unfolding in slow motion on a national or international stage. Some of them are personal and create the same sort of internal upheaval but no one but you knows how the world had changed and you’ve had this big shift in perception.

I’ve felt it a few times in my life. Reading Richard Foster’s Celebration of Discipline, having a baby, taking part in Ty Nathan Clark’s Mentorship Program are all events that caused a big shift in my thinking and the way I go about how I live or work or be in the world.

I’ve been struggling to articulate how this mentorship program has impacted me. I’m still in process with this. I know it’s going to have some lasting repercussions and I’m sure I’ll continue to struggle to articulate it. But there have been a couple of big shifts for me that I’ve named and have already started working through.

I’ve long struggled with working in books and also working on canvas. In the past, I’ve had difficulty translating my work that I do in books to something larger for the wall. I’ve been really constrained by the rectangle of the framed canvas. (Funny, since an open book is a rectangle too.) I couldn’t articulate that until this mentorship. I knew that something wasn’t working and I couldn’t figure out why. One of the things Ty has encouraged me to explore is the sculptural, three dimensional aspects of my crochet. What does it look like to move from creating on a stretched canvas to creating on a more sculptural piece of crochet?

I can tell you I walked around for almost a week with hypnotoad eyes over that idea.

Leaving stretched canvas behind opens up about eight bajillion possibilities for me. The onslaught of ideas I’m having right now is seriously giving me finger cramps trying to either write them all down or execute them.

Get it done but like, way, WAY more slowly

I’ve been working under the misconception that I should be able to do what I do fast. I don’t know where this came from exactly except when I first started doing graphic design, I worked at Kinko’s and the computer services department worked on a 24-hour turnaround time. So people would bring their flyers and business cards and resumes and want to see something the next day. I got used to that ‘get it done’ mentality. An advertising agency that serves newspapers works on pretty much the same deadlines. In fact I got hired at the ad agency because I was used to the tight deadlines I had been working under at Kinko’s.

Instagram and posting every day hasn’t done me any favors here either. The feeling of “I gotta post or I’ll lose the eyeballs” is treacherous. I’m trying to figure out how to use IG in a way that is more sustainable for me so that it has less influence on my practice.

Our culture is geared to reward that ‘get it done’ mentality. But what I’m learning is the art I make just doesn’t work like that. AT ALL. It is slow. Sloooooooow.

I have to crochet the canvas before I even start, so I’ve already backed the project up a step. I have to wash the canvas and tear it into strips before I can crochet it. While I am a decently fast crocheter, it still takes anywhere from a hour to several days to crochet a bigger starting surface. Then there’s the decision to dye it or not. If I dye it, that’s a whole day’s work to dye it and get it dry. The bigger pieces take two days to dry. That’s up to a week before I even get to the what used to be my old starting line.

I am learning to release that ‘get it done’ mentality. It was never true and it caused me to hurry when I should have been stopping to watch and listen to what I am working on. This new expanded process is forcing me to slow down. While adjusting to that is not easy for me, I feel really good about it. Being able to recognize it will allow me to lean into it instead of fighting against it and being miserable. Seeing it will allow me to figure out how to harness it at some point. Or maybe just slowing down is its own good reward.

Can I crochet THIS?

Hearing Ty say “I think you are a fiber artist” was maybe the most confusing thing I’ve ever had anyone say to me. What? No seriously, what the what? I’ve always thought of myself as a paper artist first and a craft crocheter second. While crochet is a part of my Women’s Work pieces, that series is primarily collage works with the crochet treated like paper collage.

Casting myself as a fiber artist who treats canvas the same way I treat yarn opens so many doors. Honestly, thinking about objects in terms of “can I crochet it?” is a whole series of open doors that I might never get finished walking through.

The unfinished contract with my audience

There’s a societal rule that you don’t handle paintings hanging on the wall. We are only allowed to consume hanging art visually. Touching it is a no no. I have wordlessly struggled with this idea in my wall art for a long time.

I need the connection that comes from someone handling what I’ve made. That’s why I’m so drawn to crochet. What I make is useable so people HAVE to touch it to use it. The reason I like books so well is because I want people to turn the pages and experience the work up close. The contract with my audience isn’t complete until they get to handle what I’ve made.

I want to make work that hangs on the wall but is tactile enough to entice people to handle it.

This thought is wild! W I L D. It is deeply visceral to me though and such a foundational idea to what I’m doing that it feels like it verges on manifesto material.

Would I have ever gotten to these big realizations without this mentorship program? I dunno. I’d like to think I would have. Eventually. Sometimes having outside folks look into the process and ask questions is just exactly what we need to shake big things loose. I could have spent years or my whole career fumbling around in the dark trying to articulate these things. What a gift it is to know it right now and begin the work. Thanks, Ty. 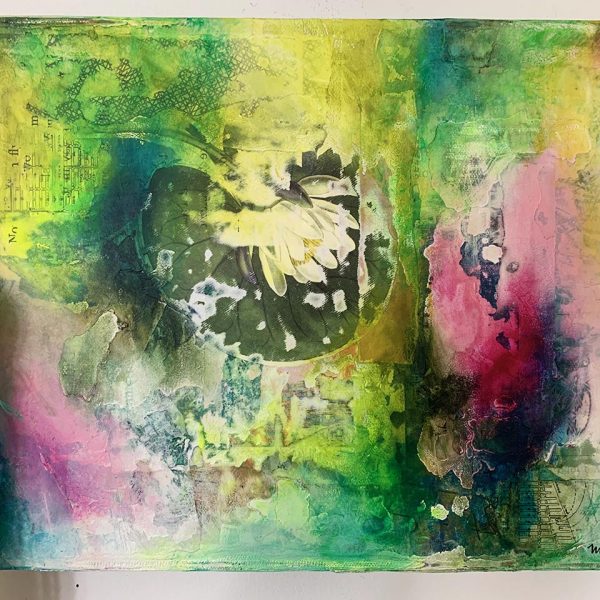 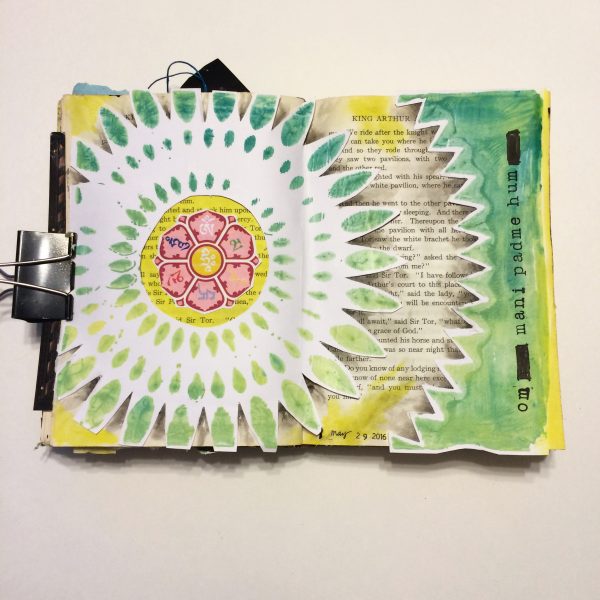 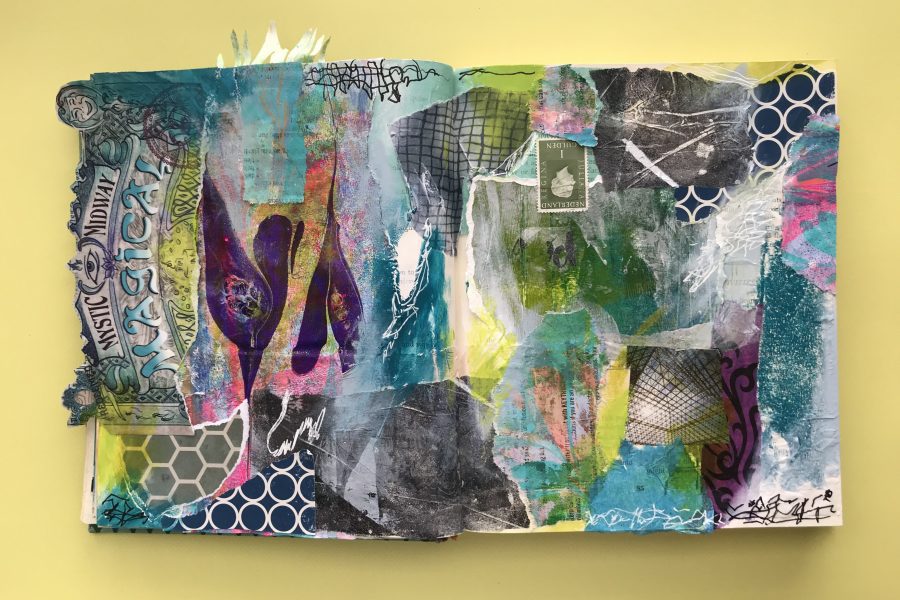 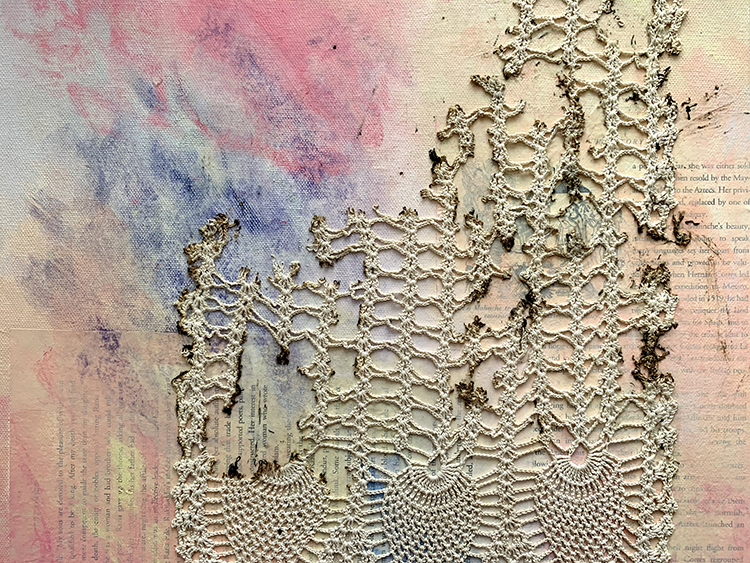