Yep, I took some time off. For six weeks, I rested, had the floors redone in my house (which means we moved out and then moved back in two weeks later), and gawked in despair and awe at current events. And then yesterday some switch flipped in me and I realized it was time to get back to work. The feelings for getting back to work were never going to arrive so I just dove back in.

I’m changing up things a bit on my weekly recaps. I’m going to run them from Monday to Sunday. It’s a fiddly thing that I decided I wanted to do so I could publish my Weekly Recap on Monday mornings. This allows for you to have fresh, shiny content first thing on Mondays. You are so welcome!

Season of Art 101 is in full swing for Get Messy. We are busily talking about art basics there and my debut post comes out Tuesday.

Thinking about acrylics today and how they are one of my oldest and most enduring partnerships.

There’s the jar of water to wash my brushes, the container of water to soak my collage paper in, the red solo cup of water for drinking, and finally the matte medium container.

Anwyn is a helpful doggo. She knows when I say, “Let’s go to work!” She can lounge on her mat in the studio. Today I am gluing initial collage elements onto pieces for my upcoming show.

I decided to record the process of making this tag. You can watch that here.

Anytime I use this much black I think of a convo I had with my son last fall. We were in the car and he unexpectedly turned to me and said, “I don’t know if you know this Mom, but there are a LOT of different colors of black in the world.” I replied, “Kid, that’s pretty much my life’s work.” He wasn’t nearly as impressed with my cleverness as he should have been.

Getting a jump start on my week! Bullet journal and plans and reading materials all collected. 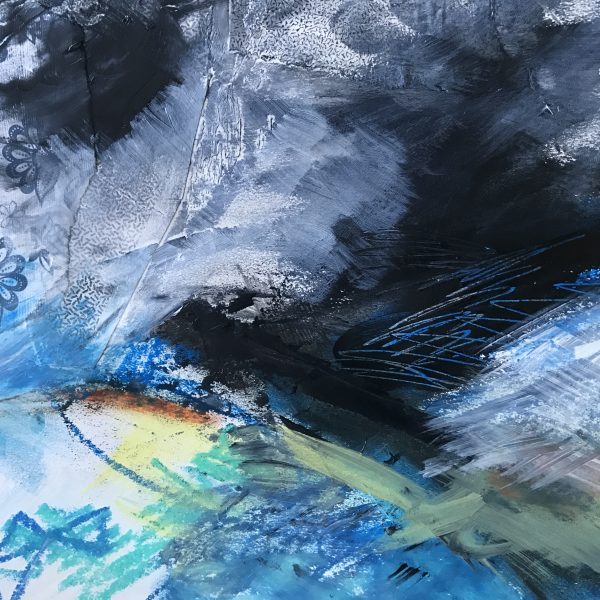 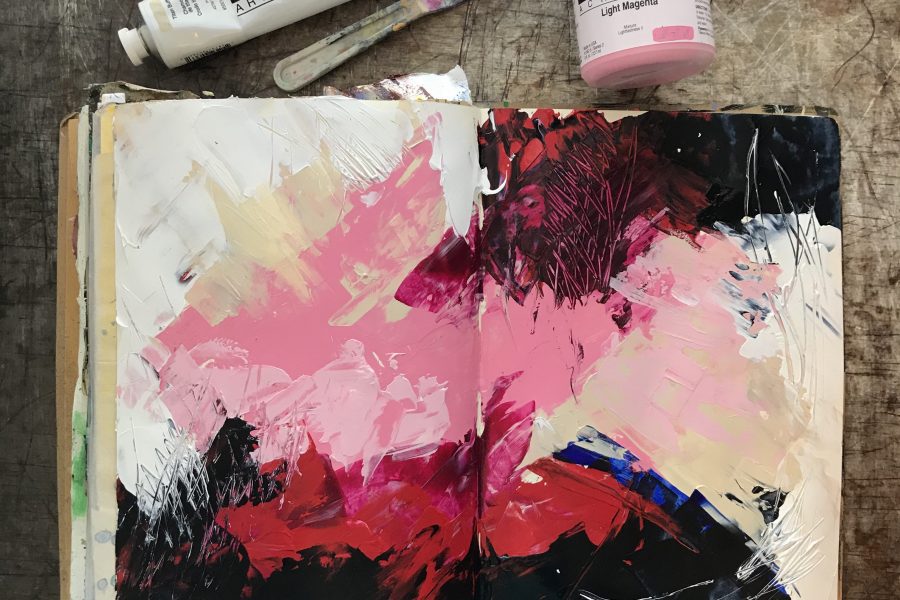 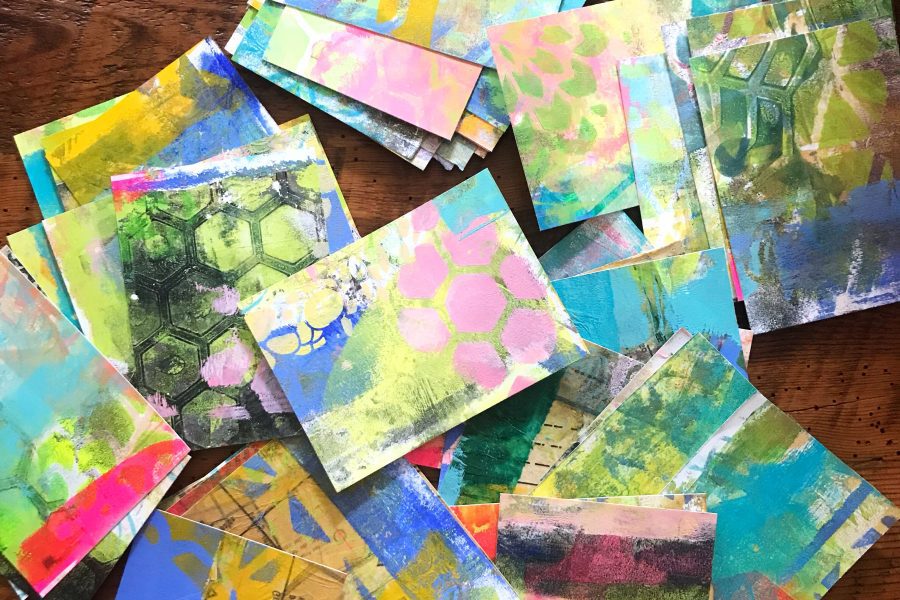