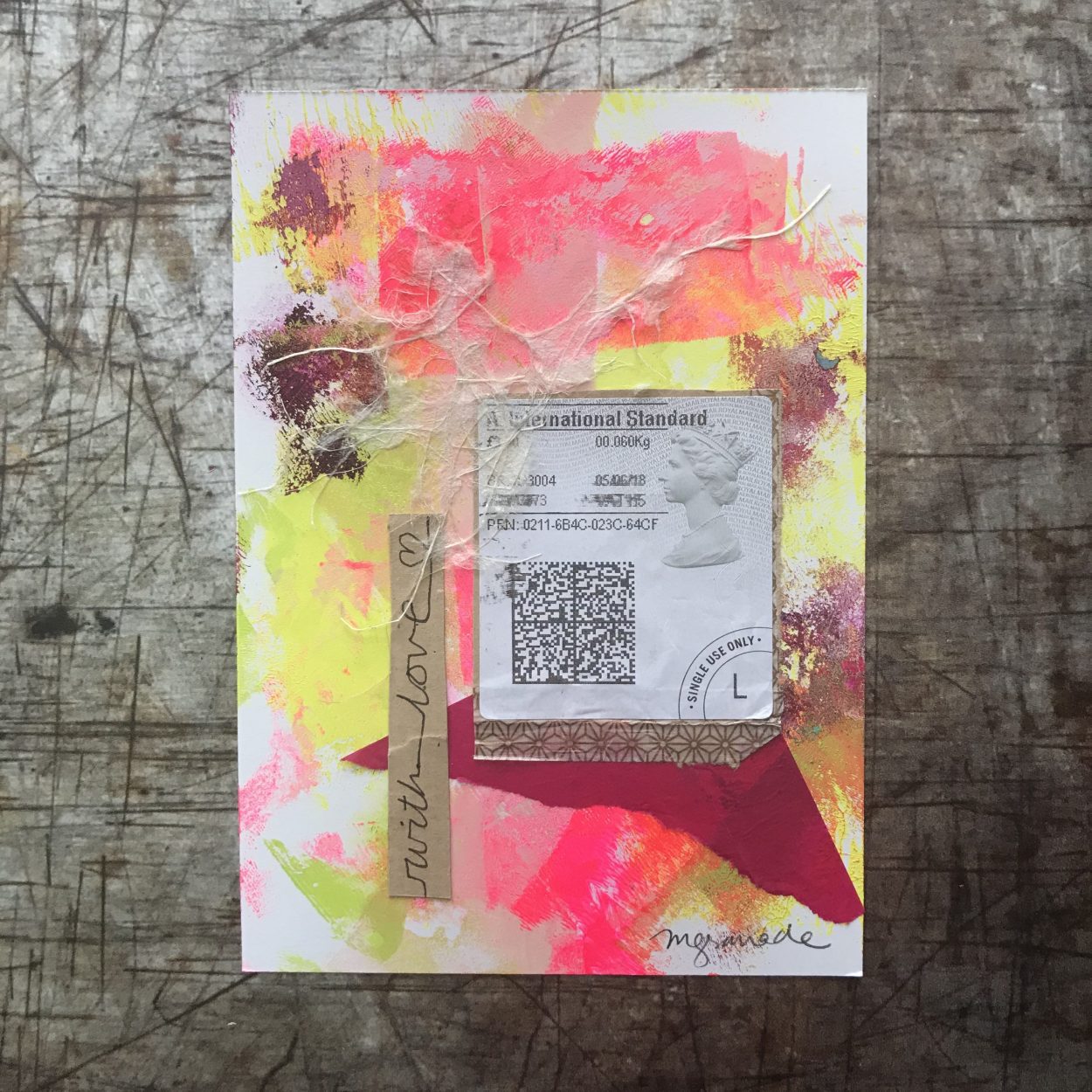 One of my new favorite things that I get to do at Get Messy is interview our creative team. Two weeks ago I did my second interview this year with Divyam Chaya Bernstein who is a 2018 Mess Maker for Get Messy.

I’ve know Divsy, as she’s called on Instagram, for about two years and she is a complete and total delight. Her art is by turns whimsical and comic and deep and emotional. She is the kindest person you will ever hope to meet and her voice is absolutely the one you want reading your bedtime stories. We had such an excellent time during our interview that more than once, I forgot we were doing a live recording.

One of the things we touched on was her approach to art being about trusting ourselves as artists. As she was telling her story, it struck me that that approach is the flip side of what I’ve always done which is to attempt to turn off my inner critic. I’ve been thinking on this since then. It just keeps floating to the top of my brain and I keep turning it over and looking at it from all sides.

I’ve always been focused on shutting down my inner critic. I’ve developed so many strategies to achieve this. Work fast. Don’t stop. Turn the music up. It’s often about the dodge or distraction so I won’t listen to the part of my brain that tells me that what I make is crap. (It might be crap and I might/should/will probably edit it later but during the initial work phase I’m just trying to out run the critic.) I’ve been doing it long enough now that I’m decently adept at it. But as Divsy was talking she said something about energy and that’s been on my mind as well. Out running the critic takes a lot of energy.

What if my process was about trusting myself to know what to do because of my experience? Maybe I finally have enough experience to trust? What if this part of my process slowed down enough for me to look at it? Could this be the way to tie some threads together of thoughts and experiences that I feel like I haven’t been able to include in my art? What will that even look like?

I have absolutely no idea how this could possibly play out. But I find myself intrigued by the possibilities. I know the mindset shift will be cumbersome at first but I’m willing to be intentional about it for a while and see what comes of it.

I made some art with some mail that Divyam sent me. She bought it so I sent it back to her. We’ve giggled about parts of this piece crossing the ocean twice. 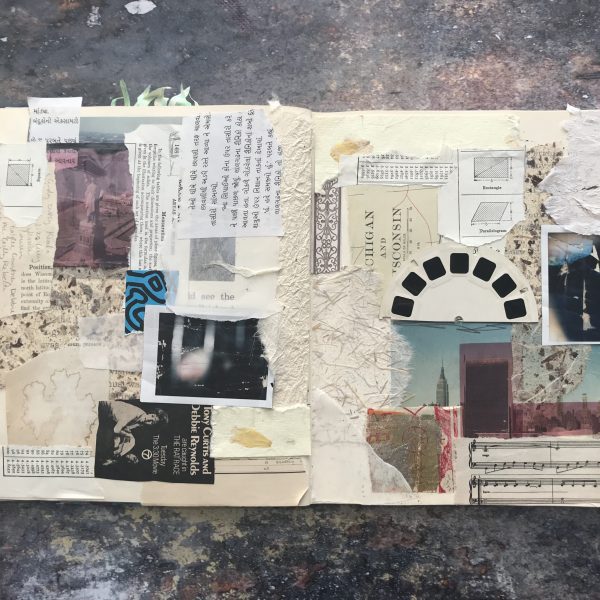 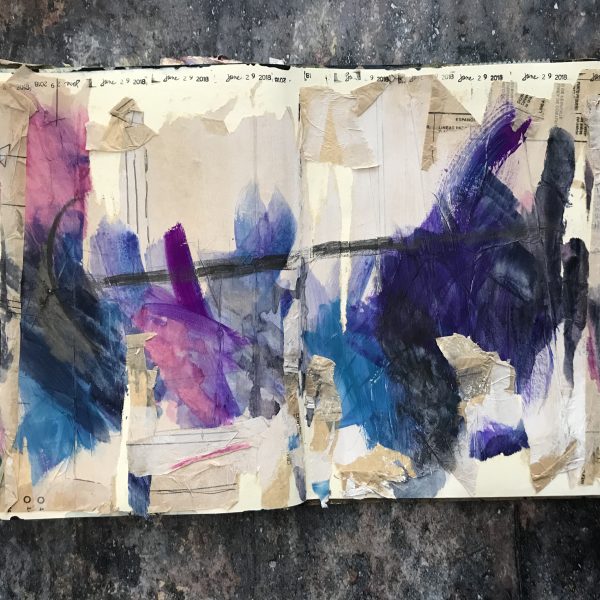 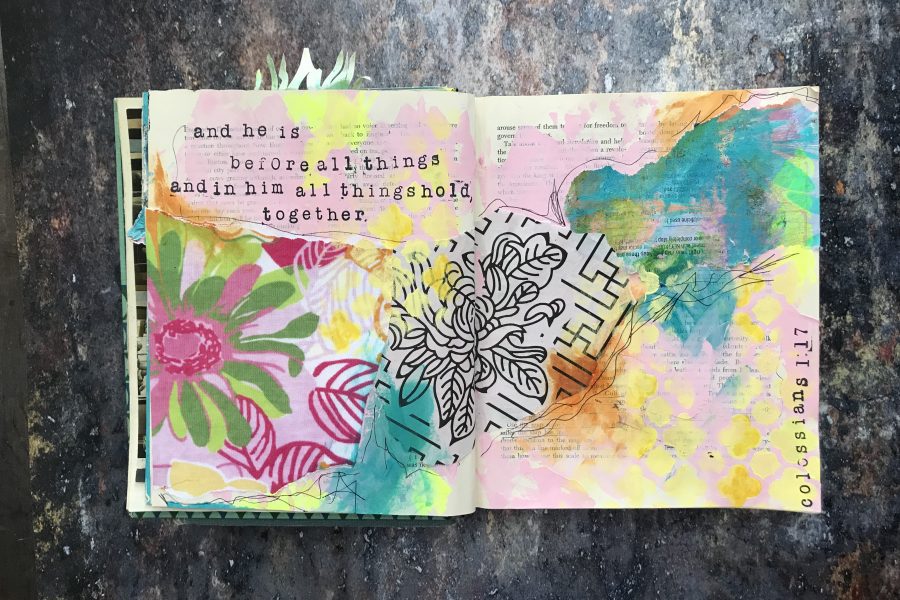 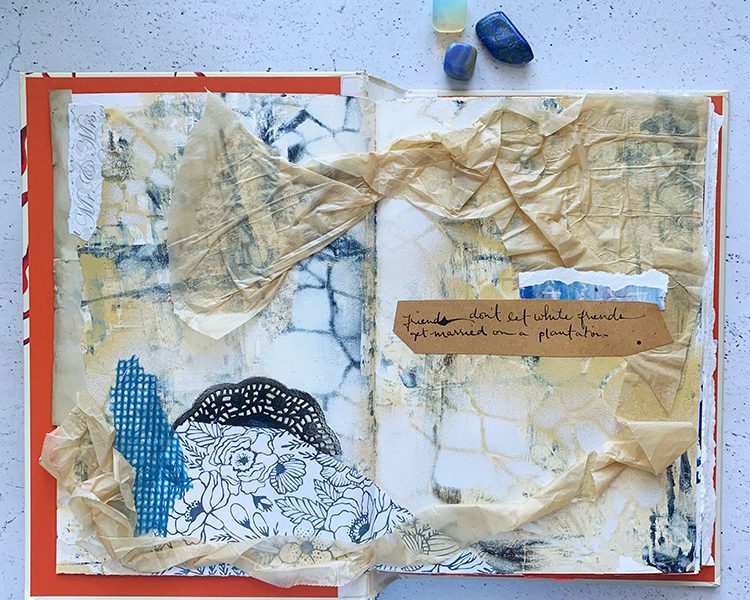 My activism and my art